Someone asked for my build thread, and since I didn't have one, here it is. Back in December of 2018 I was driving my wifes old 16 edge and the lease was almost up. The local ford dealers around Cleveland were running really good deals on leftover 18 explorers and I stumbled across a loaded 18 sport. 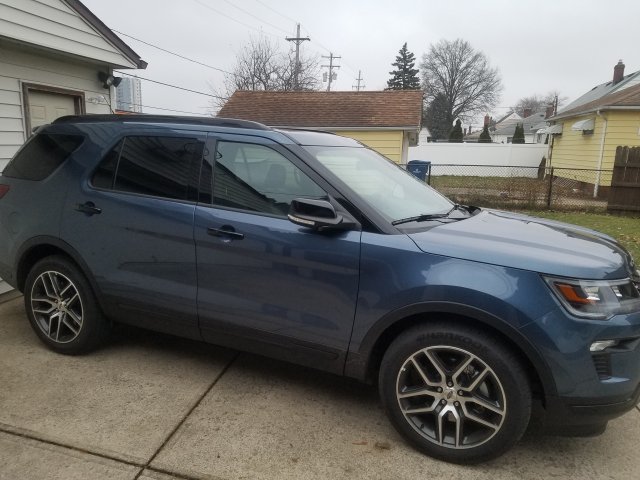 So I leased it as a stopgap until I could get an ST as I knew the 20+ explorers were coming and they went back to a RWD platform. Fast forward to May of 21 and the same dealer offered me 32.5K to get out of the lease and I found a 21 ST in atlas blue with no sunroof or roof rails. My 18 had the rails replaced under warranty 3 times and they still kept coming apart, so when I found out ford made the rails optional on 21 ST I knew that when I finally got an ST it would be w/o roof rails. Besides, every SUV/CUV me and the wife have had in the last 20 years that had rails never got used. The sunroof I was adamant that I did not want it, Living in northern Ohio we only get maybe 3 months a year that a sunroof could be useful, and if I want sunshine in my face and wind in my hair, I have a convertible for that.

So, enough of the history of how I got the ST. Here it is when I brought it home.

Within a few days I added a JLT catch can and redline tuning hood struts. 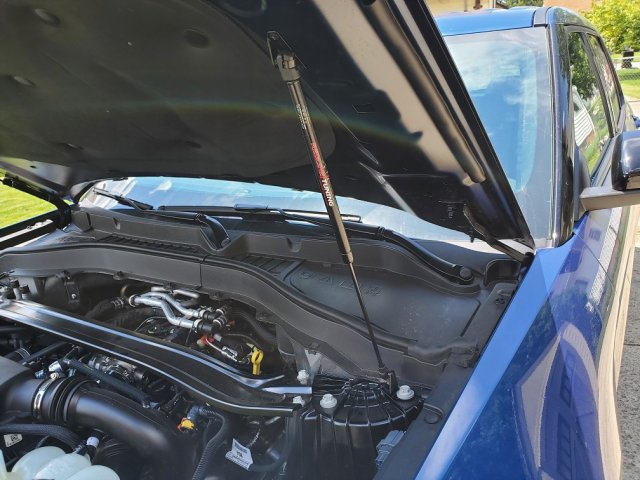 I found a company that makes vinyl overlays for the explorer letters on the tailgate https://tvdvinyldecals.com

I don't have any pics of it but I have an autostop eliminator that I installed at the dealership while they were getting the paperwork ready. I then later found out you can have the A.S.S. turned off thru a tune. In June of 21 I bought a set of tunes from 5 star for my ST and have been running their 91 performance tune since then and have been happy with it.

Welcome to the forum. Love the Atlas Blue LOL.

Later in 21 I discovered this site and joined. I began reading up on all that can be done to the 20+ explorers and found out about ZFG racing. When I got my covid money (the company I work for paid me $1500 to get the vax) I bought a set of steeda springs and rear sway bar, but I only managed to get the springs installed before the weather turned bad for the winter. When I got my tax return I bought a whipple I/C and it took about 5 weeks to get it. Also with the tax return I bought a tune from ZFG and a dragy to track my progress. My best run with just the 5 star tune only was a 12.72@109.50

After I got the I/C installed 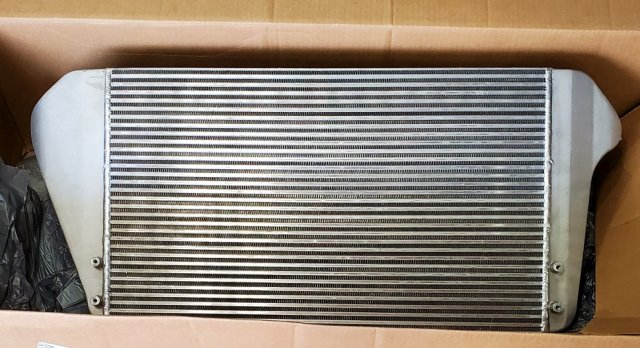 Anyway, I always liked the look of factory wheels and I loved the 13-14 edge sport wheel 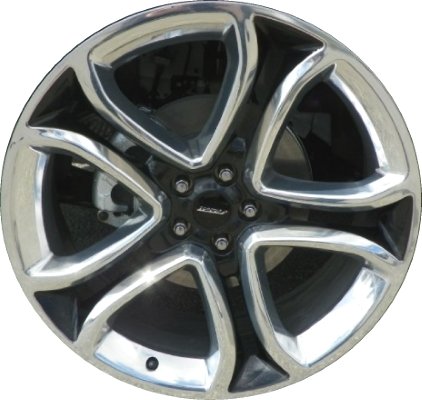 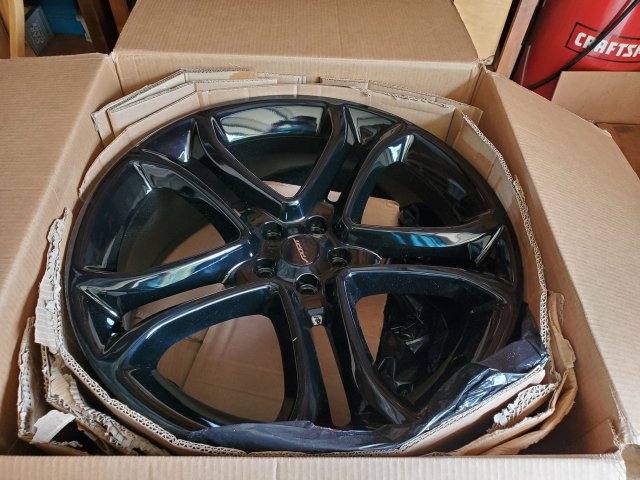 I had the hub bore opened up to 70.5mm to fit the 20+ explorers and after looking for a month I finally found a set of tires in the size I wanted. 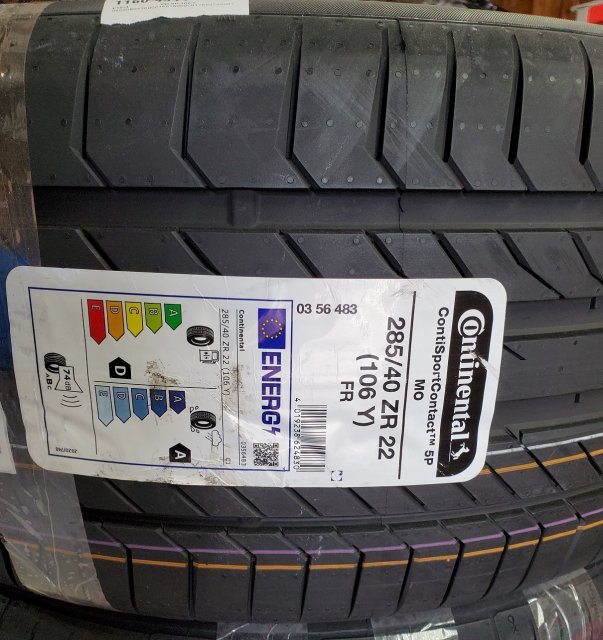 Agreed! The Atlas blue is such a nice color. Unfortunately, the Platinum didn't have that as an option.
OP

Blue Beast said:
Welcome to the forum. Love the Atlas Blue LOL.
Click to expand...
I've been here for about 6 months now and you have commented on my posts before. Anyway atlas blue was the only color I would even consider, yeah, I like blue. My other toy, the convertible I mentioned is also blue. 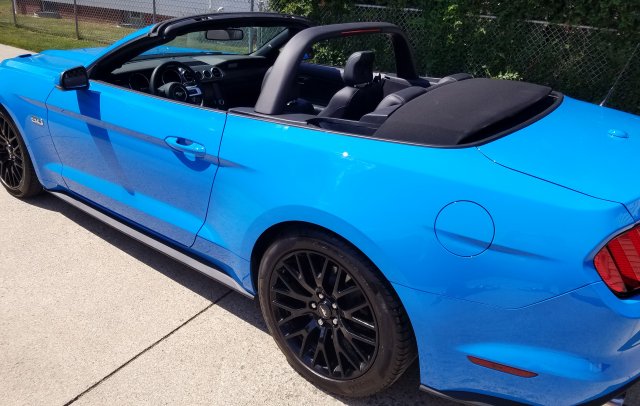 My wife has an Edge ST, also in blue.

Before I found the 22" wheels on ebay, I bought a set of bora wheel spacers 1.25" F/1.5" R because the factory 20's that came on my ST are too narrow and tucked in too far for my liking. After I got the 22's installed the bora spacers gave me just the right amount of poke.

I have the ZFG 93 performance tune ready to go and plan to load it soon. I want to run it as a DD for a week or so before I do a data log and then Ill try a dragy run and see if I get any improvement in my 0-60 and 1/4 mile times.

Actually it's a coincidence. I chose the name because I grew up within walking distance from the Cleveland engine plant and as a kid my dad owned nothing but fords.
Last edited: Apr 27, 2022

Thanks for posting this up. Good progress.
OP

It's not a mod, but I thought I would post it anyway. About a week after returning from Asheville, I received this in the mail 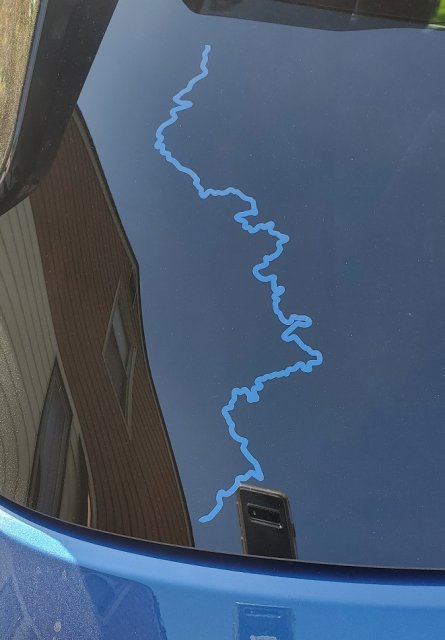 If you know, you know. I'll wait a day or two before I say what it is.
OP

BINGO! we have a winner. It's a map of the tail of the dragon.

I Bleed Ford Blue said:
It's not a mod, but I thought I would post it anyway. About a week after returning from Asheville, I received this in the mail

If you know, you know. I'll wait a day or two before I say what it is.
Click to expand...
your EKG chart during the autocross portion of ST SUV Experience?
T

GearHead_1 said:
Dragon's tail?
Click to expand...
You're right, I do type faster than you!

TMac said:
You're right, I do type faster than you!
Click to expand...
I saw that too.
OP

Adam contacted me and said my tune looks good and is now complete. Also since I heard you could run up to E30 on his tune and it will be fine so I asked him about it. He replied and said yes that is true I can run up to an E30 mix on his tune and be fine. So I think on my next fill up I might try it and see what it runs 0-60 and 1/4 mile.
You must log in or register to reply here.
Share: Facebook Twitter Google+ Reddit Pinterest Tumblr WhatsApp Email Link